How effective was the Baptist Revival Fellowship 1938-1972 in promoting spiritual renewal? How influential was prominent member, D. Martyn Lloyd-Jones?

Also available as an ebook: here.

This book explores the history of the Baptist Revival Fellowship from 1938-1972, its effectiveness in promoting spiritual renewal and the influence of its most prominent member, D. Martyn Lloyd-Jones.

We explore the Baptist Revival Fellowship’s history from its foundation in 1938. It began  as a movement to promote spiritual renewal in the Baptist Union. However, it withdrew from its affiliation in 1972. It draws on denominational records, press reports, some writings of its leaders and also the fellowship archive. The movement had three phases of development, and a chapter is devoted to each of these. During its early development between 1938 and 1960, the BRF mainly emphasized personal spiritual renewal and prayer for revival. However, in the late fifties  it moved into more fundamentalist territory. Between 1960 and 1966 came the charismatic renewal and the prominence of Reformed theology. This led to renewed impetus and serious engagement with contemporary Baptist debates. The final phase was between 1966 and 1971 when the BRF adopted a policy of secession from the BU. D. Martyn Lloyd-Jones had significant influence from the late fifties onwards. The BRF left the BU in reaction to a Christological controversy between 1971 and 1972. 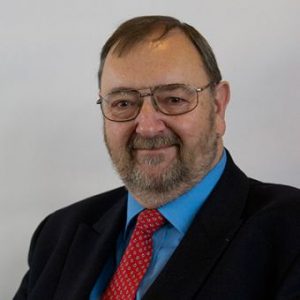 Phil Hill is the Pastoral Dean of Union Theological College, (Oxford and Bridgend), in partnership with the Evangelical Movement of Wales, where he is lecturer in Pastoral Theology. He has pastored churches in Wales, England, and Israel. He spent five years in Israel as Head of Ministerial Formation at Nazareth Evangelical Theological Seminary, Galilee.

There are no reviews yet.

Only logged in customers who have purchased this product may leave a review.